Stormy weather could extend into April for NSW 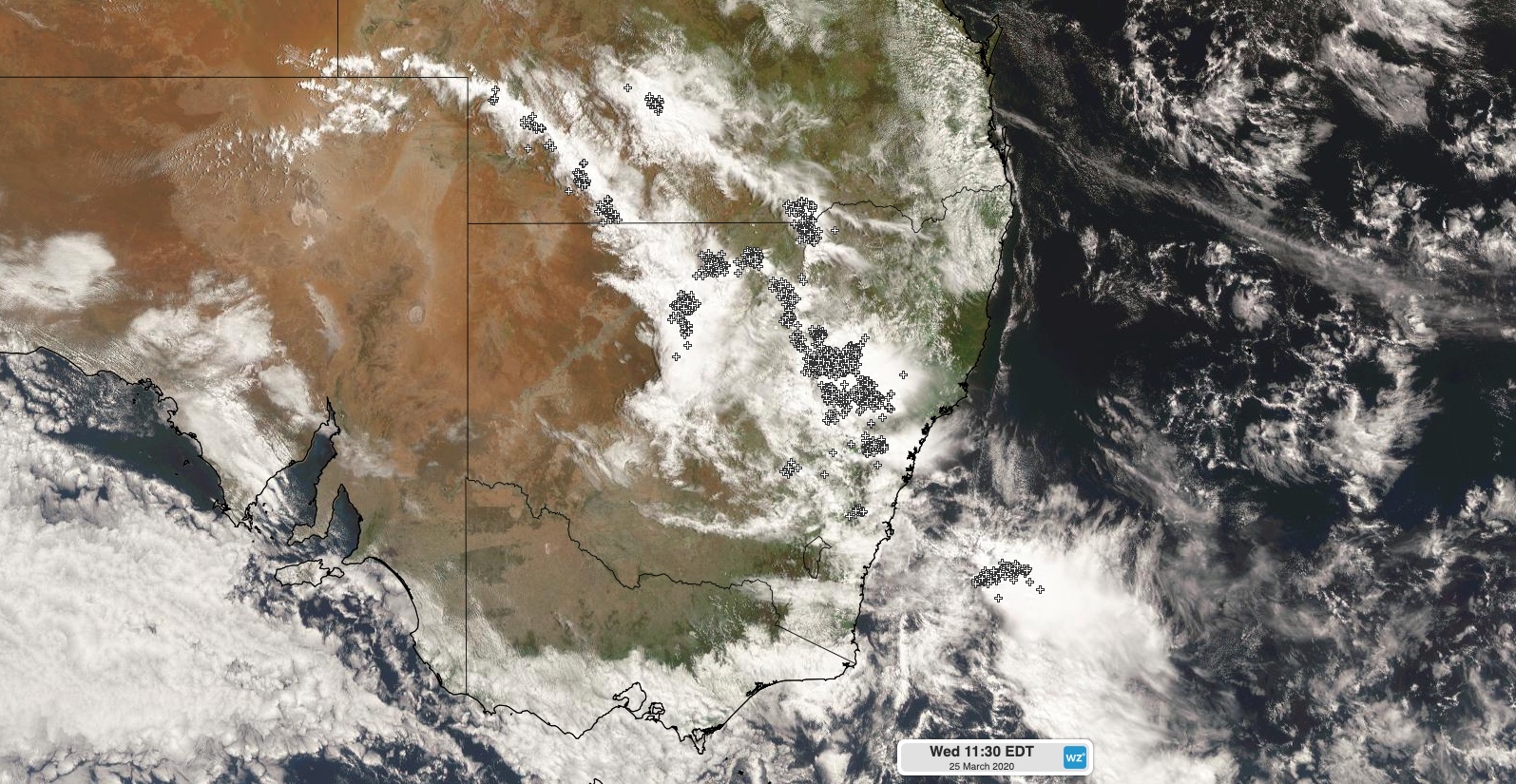 Parts of NSW are likely to see thunderstorms on multiple days during the final week of March, with models suggesting that more wet and stormy weather could be on the cards in the first week of April.


Showers and thunderstorms will affect parts of central and northern NSW on Wednesday and Thursday this week, thanks to the passage of an upper-level low pressure trough. Some of these storms are likely to become severe, with Wednesday's first warning issued for heavy rain in parts of the Central Tablelands, North West Slopes and Plains and Central West Slopes and Plains Forecast Districts at 11am.

Image: Storms over NSW and southern Queensland at 11:30am AEDT on Wednesday.


The system that is producing this week's bout of stormy weather will move out into the Tasman Sea by Friday, allowing calmer conditions to return to most inland areas of the state. However, onshore winds will maintain showers in parts of eastern NSW from Friday into the weekend.


Another trough will bring a renewed burst of showers and storms across large areas of southern, central and northern NSW between this Sunday into the start of next week.


Like the storms in the middle of this week, the next round of thunder, lightning and rain will be hit and miss. Some places could see bursts of heavy rain and storms, while others are likely to miss out altogether. It's also worth noting that some of the thunderstorms from this system may be severe.


Looking further ahead, there are indications that another rain and storm-bearing low pressure trough could pass over NSW during the second half of next week. At this stage, there is quite a bit of model uncertainty regarding this system, so it's difficult to predict if, when and how much rain will fall during the first week of April.


Any rain in the coming weeks will be welcome, with large areas of NSW still experiencing drought. On March 23rd, just over 90 per cent of NSW was classified as being in one of three drought categories. Around 12 percent of the state was in &ldquo;Intense Drought&rdquo;, the highest category in the five-tiered scale.